It all started with the Rum! 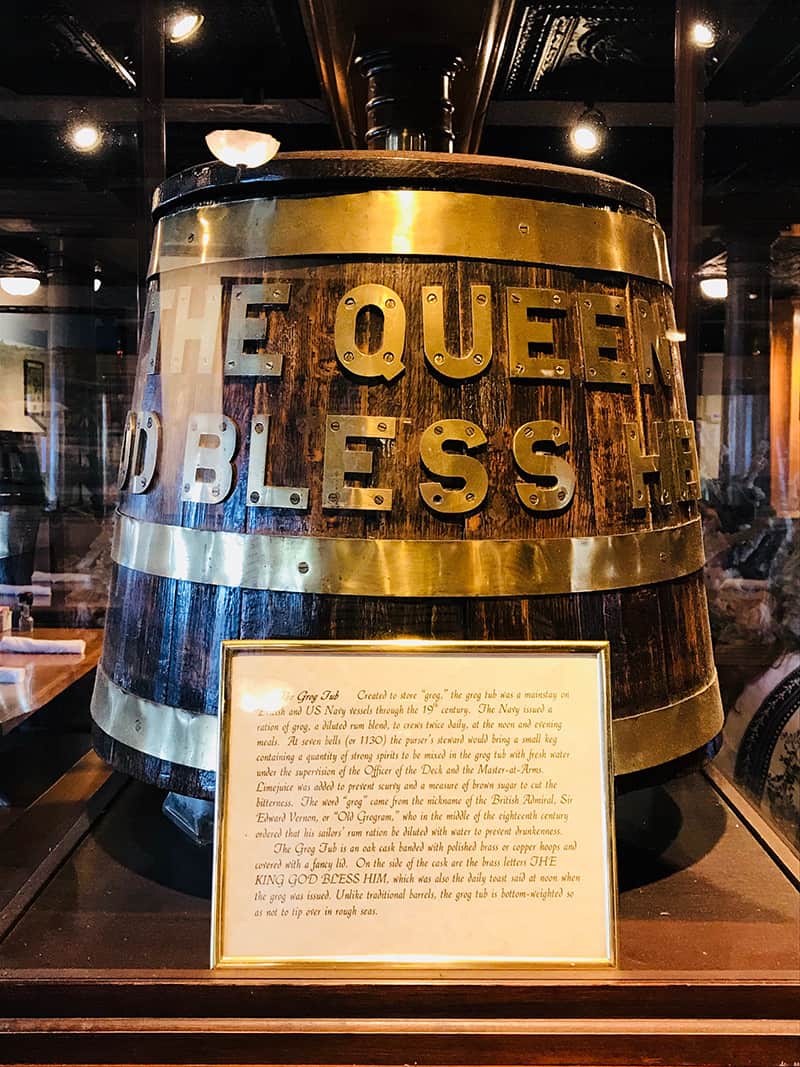 Rum and the sea are inseparable, and no rum is more akin to the sea and the sailor than Pusser's Rum–the Original British Navy Rum. For more than 300 years, from the earliest days of wooden ships and iron men, sailors of Great Britain's Royal Navy were issued a daily ration–or "tot"–of rum by the ship's "Purser" (which was later corrupted by the sailors to “Pussers”). Prior to 1740, the men's daily tot of rum was a pint a day, which they drank neat, or without water. Before battle, they were issued a double 'tot', and always after victory for a job well done. The rum ration was served from one particular barrel, known as the “Rum Tub”, which was ornately decorate and was made of oak and reinforced with brass bands with letters saying, “The Queen, God Bless Her.” On August 21st, 1740, Admiral Vernon, Commander-in-Chief, issued an order that the men’s daily rum issue henceforward would be diluted with water and those that wished would be provided “fresh lime juice and sugar to make it more palatable to them.” He ordered that the rum should be mixed in a ‘scuttlebutt upon the deck in the presence of the Officer of the Watch to make certain that the men were not defrauded from their lawful issue of rum.’ A scuttlebutt is a cask with a lid which came to be known as the Grog Tub. The men had affectionately named Admiral Vernon “Old Grog” on account of the grogram cloak (a rough hewn fabric of mohair and silk) he wore when the weather was bad. The watered rum gave great offense to the men, and soon they began referring to it contemptuously as ‘Grog’ from the name they had given Vernon.

In September 1982, Pusser’s Rum opened its first retail bar operation in Road Town, Tortola, BVI. It was a small shop of only 400 square feet with a small Victorian bar that had a seating capacity of only four and sold only Pusser’s Rum drinks as well as the first Pusser’s Company Store.

From its modest beginning in the BVI, the original pub and store grew to 5,000 square feet and the name "Pusser's Landing" was given to three other restaurant/retail establishments. Each facility has a restaurant in combination with a retail store. The concept first debuted in the U.S. in Annapolis in 1994. In addition to the Pusser’s Caribbean restaurant and store in Annapolis, the Company currently operates a Pusser’s restaurant in Ponte Vedra, Florida.

The infamous Pusser’s Painkiller™ had its start at the six-seat Soggy Dollar Bar on the island of Jost Van Dyke in the British Virgin Islands. There’s no dock, so the usual way in is to swim, getting your dollars wet– hence the name. It was owned by an English lady, Daphne Henderson. Boaters, including Pusser’s founder Charles Tobias, came from all over to sample her tasty Pusser’s Painkiller™ for which she’d become locally famous.

After two years, Pusser’s Rum was introduced to the Painkiller. Mr. Tobias began promoting the Pusser’s Painkiller™ but he always gave Ms. Henderson credit in printed media for inventing this fabulous drink. The fame of the Pusser’s Painkiller® has spread throughout the boating communities of the Caribbean and the U.S. and is the most popular mixed rum drink amongst sailors today in the West Indies. 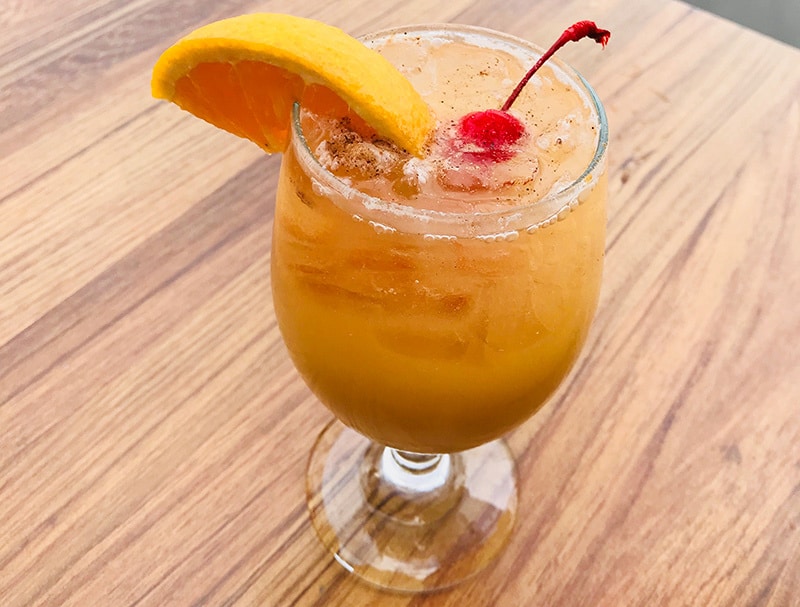 The Pusser’s Painkiller™ is a blend of Pusser’s Rum with 4 parts pineapple juice, 1 part cream of coconut and 1 part orange juice served over the rocks with a generous amount of fresh nutmeg on top. You have a choice of numbers 2, 3 or 4, which designate the amount of Pusser’s Rum! Cheers!